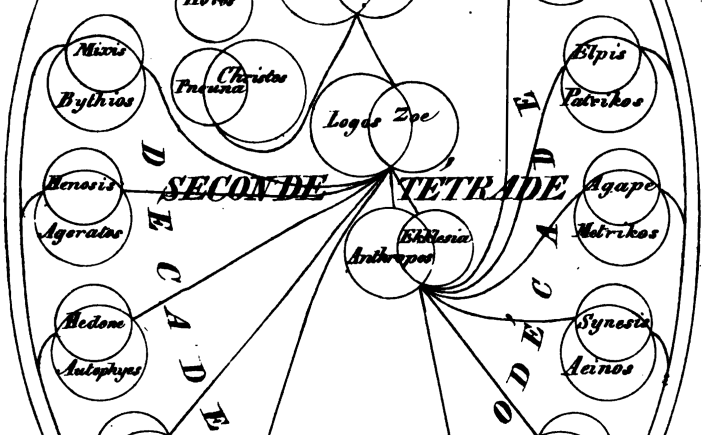 Growing up during the Cold War in Kentucky gave my world-view a little less than complete treatment as to who I would become, what I would do for a living and how my relationships would later serve mainly to break my heart and hang me out to dry. In spite of all that, I managed to survive to my current age of 61 and am determined not to let the remainder of my life on Earth get dominated by the Evil One. I have wasted plenty of breath trying to convince certain close relatives and distant friends that something positive is going on in the world, completely separate and apart from what is reported on TV News programs. (There’s a reason they are called ‘programs’ by the way.)

Recently, I was introduced to an awesome term which to me represents that “lost chord” that The Moody Blues sent me in search of about four decades ago. If you’ve been following me along in my various web-spaces and spheres of influence (and confluence), you’ll “get”, as I have, the full scope of what this little term ‘syzygy‘ means in all of its glory as a generalized principle much akin to the meta-term SYNERGY of the 20th Century, which I learned of through reading books by R. Buckminster Fuller. Just have a look:

From Wikipedia, the free encyclopedia
For other uses, see Syzygy (disambiguation).

Buchberger’s algorithm for computing Gröbner bases allows the computation of the first syzygy module: The reduction to zero of the S-polynomial of a pair of polynomials in a Gröbner basis provides a syzygy, and these syzygies generate the first module of syzygies.

Notice the article remains a “stub” class article. I’ve been a Wikipedia contributor and am actually one of the first “custodians” on Wikiversity – a sisterproject from the Wikimedia Foundation the stewardship group that maintains Wikipedia, Wictionary, Wikibooks, Wikiversity and other “sisterprojects” across many languages and contexts. All of this coordinated effort impressed me early on as far back as 2005, when I first registered an account at “meta” – the multi-lingual portal for all the Wikimedia Foundation’s projects.

The reason I’m telling you all this is to announce a long-term dream of mine to get my music “out there” without prostituting myself to the commercial media world and making some undeserving nitwit rich with my not-so-ordinary musical prowess. The missing link is not simply the interface but the infrastructure and licensing schema that will allow my debut without taking my soul to a bad place.The other reason is because of the complexity involved in get Wikipedians, Wikiversitans and other Wikians working together as a qualified whole. The SYZYGY17 Project may do the trick. We shall see.

My new Web Radio Program which I hope to launch into the testing phase this May is called “Across the Wikiverse“ and is inspired by the Lennon-McCartney song Across the Universe  which I thought more than adequate to cover my eclectic set of interests. I decided to go ahead and enter the SYZYGY17 project into the Wikiversity STREAM education series as an extension of a suspended project that never got to blossom, thanks to my extended personal demise back in 2007 (continued from my first personal demise of September 2001 – The Day the Music Died… again). Please, Lord … no more personal demises. OK? amen.