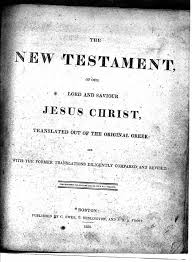 From my friend’s blog:

The Most Beautiful Body

“There is no hierarchy of people!”

She was talking about her doctor, an oncologist describing how cool it would be if she and her husband could just have him and his wife as regular friends without the doctor-patient relationship overriding the personal one. Caroline is as much of a “regular” gal as any, and having followed her honest simple writing style for a good while, I have easily concluded that if I were to meet her in “real life” she would be a total delight. Her writing is candid, complete and very well composed. Don’t take my word for it. Just click and see the whole context of her heart, mind and soul that she pours into the stream each time she posts. The point, though:

“…there is something even more important than the here and now!  Something far greater than community!  There are friends. Higher, in another circle is family, and in another greater realm is the body of Christ!”

Now what is she talking about? What can be greater than the principle building block of civilization itself, community? We all know what a circle of friends is, but what is this “realm” of which she brings up here and in other posts? To answer these questions, we’ll have to turn to a very controversial book, the New Testament.

One thought on “to be continued…”