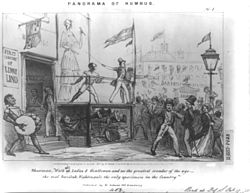 SYZYGY17 is a convergence of both people and their meanings. Identity has nothing to do with a card in my pocket or yours. It has to do with how I am known by you. Like John said:

From ‘Come Together’ – Beatles

So come together in Carbondale, Makanda, Paducah or in the field out in front of the Army Base. E pluribus unim.

Santa Claus, the Easter Bunny and the Baby Jesus are all three in grave danger of being #unbelieved in all the time. Where is good myth going? Should it at least point to some kind of truth? Looking for evidence of UFOs is easier than finding anything that resembles faith these days. The show-me-the-money people always seem to win. If money were real, and currency was something not to take for granted in terms of value, what is the value in lying to your children about Santa? Why is teaching your kids about Jesus illegal in so many countries? So what if he’s considered a myth. You don’t need an AK47 to shoot the Easter Bunny do you? Is myth so unimportant in your life that you cant acknowledge Kris Kringle’s humanity? Why not do the same for Joseph’s stepson? (So what if he thinks he’s God?)