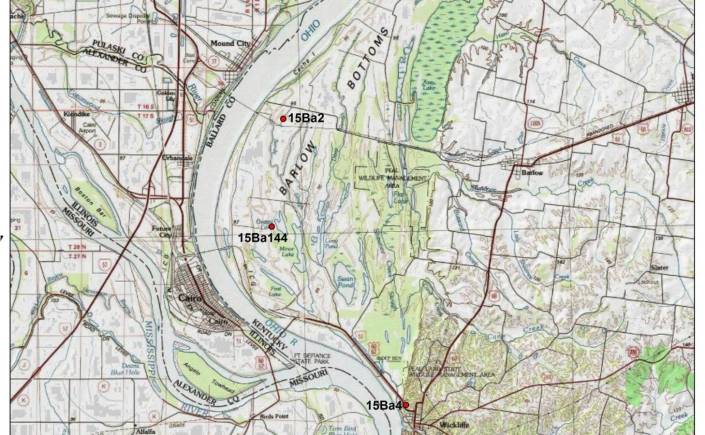 Before Europeans, The Mississippi Basin was home to hundreds of tribes of stone age people living in relative harmony with the land and each other. With no concept of ownership, no idea about property rights, no notion of state, no high-tech agriculture, no aerial photography…

…they understood the importance of stream confluences on a spiritual level.

OzoneFarm’s mother ship is anchored at the confluence of the Ohio and Mississippi rivers, because that’s the most strategic (sacred) spot we can find for taking North America back from those who think they “own” it and protecting it from the dark forces that presume they can “control” it.  We are engaged in what is known in certain circles as spiritual warfare. (Sorry, NSA, FBI, CIA, and other .gov people. We’re not the droids you’re looking for.)

The Spirit has always known more than modern science or government agencies will ever know. You and I and other mystical types know that you can’t convince “scientists” of spiritual reality, so why try? No one is going to fund a project that requires pure faith or cancel a project because of native spiritual insight. For that matter, public policy will never depend on anything other than “hard data” for determining the fate of natural ecosystems. All us prophets can do is try to warn unsuspecting souls about what the future holds for the wicked and the deceived.

Here’s an example of what the dark forces are up to: The United States Government has always been baffled by how to control rivers. Even now, the U. S. Army Corps of Engineers has hatched an ill-conceived plan to build a 60-foot high levee in the New Madrid Seismic Zone presumably so that big agribusiness bedfellows can lower risks to high-yield crops in the fertile valley. The history of big business using the corps of engineers to mess with the Mississippi goes way back. See the old river control structure down stream. Take action here.

Other questions: How was Tecumseh able to predict the NMSZ quake of 1811 to the day 17 years before it hit? How did so much of the Uranium ‘they’ needed to build their nukes just happened to be found on “Indian Reservations” or on sacred land? What did North America’s ancient inhabitants know that the current population needs to know? Here is a window into our current research if you would like to follow along. Comment below if you wish to join.